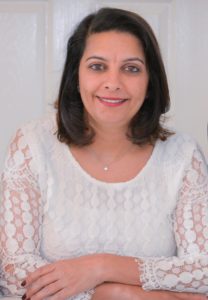 Retailers in the UK to take their responsibility with regards to the responsible sale of alcohol very seriously and the Retail of Alcohol Standards Group remains at the forefront of these efforts.

In 2005, retailers in the UK were tasked by the then Government to do more to tackle the serious issue of underage sales and underage drinking. The formation of the Retail of Alcohol Standards Group and the development of the Challenge 21, and subsequently Challenge 25, was a direct result of that request and the scheme is now commonplace in supermarkets and increasingly common amongst independent retailers and in the on-trade.

However, despite great success in reducing alcohol related sales, underage drinking remained a problem in many communities. In order to begin addressing the demand side of underage drinking, the Retail of Alcohol Standards Group developed its first Community Alcohol Partnership in 2007. Community Alcohol Partnerships bring together local retailers & licensees, trading standards, police, health services, education providers and other local stakeholders to tackle the problem of underage drinking and associated anti-social behaviour. The CAP model is unique in that it recognises that retailers and licensees are part of the solution and has been shown to be more effective than traditional enforcement methods alone. There have been over 160 Community Alcohol Partnerships launched since their inception, with more planned for the future.

More recently the Retail of Alcohol Standards Group has widened its remit to ensure that all retailers are supported with guidance on the responsible retail of alcohol including through sharing best practice and case studies. Its Guidance was first published in 2014 and has been updated and enhanced in 2017. The Group continues to meet regularly to consider further work that will contribute to its ultimate goal of eradicating underage sales.